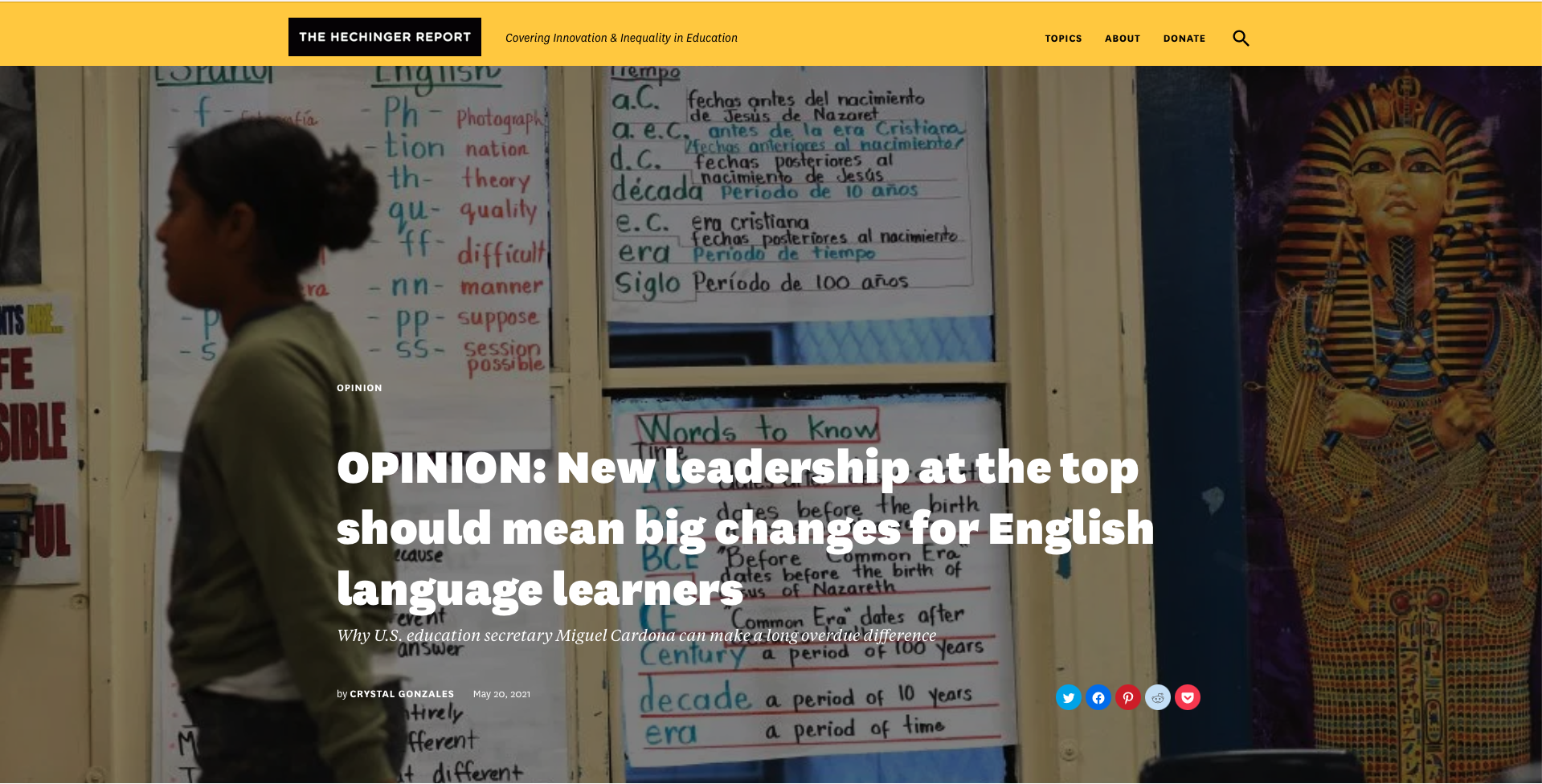 Gonzales writes: "Though English learners are the fastest-growing student population in U.S. schools, their needs are often seen and treated as secondary rather than as of equal importance to their peers’. And that has resulted in policies, textbooks, training and assessments for our nation’s 5 million ELs that seem like an afterthought. They are subpar compared to what their non-EL peers receive.

With a new secretary of education, Miguel Cardona, who was once categorized as an English learner himself, we hope these students will no longer be sidelined by our education system."

Read the full opinion piece on The Hechinger Report.

Please get in touch with us.

GET IN TOUCH
Subscribe to get updates on our work and helpful tools and instruction for English learners.
Thank you! Your submission has been received! Check your email.
Oops! Something went wrong while submitting the form.